It’s hard to believe, but Pearl Jam will celebrate its 20th anniversary in 2011. To kick off the year, the Seattle band will release a new live compilation album, “Live on Ten Legs.”

The album will be available through Pearl Jam’s Ten Club and selective digital and independent music retailers on Jan. 18, 2011 (Jan. 17 internationally).

A Ten Club pre-sale of the CD and vinyl versions of “Live on Ten Legs” begins today (Nov. 4) at the band’s Web site. 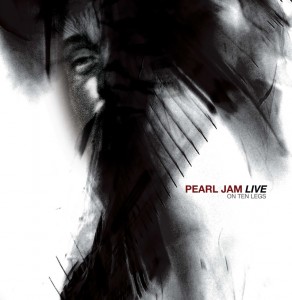 Pearl Jam’s “Live on Ten Legs” is a follow up to the band’s platinum-selling 1998 release, “Live on Two Legs,” which featured performances recorded during the band’s summer, 1998 North American tour.

For a live video of “Unthought Known,” follow this link.